Horizon Academy Trust is an exempt charity regulated by the Secretary of State for Education. 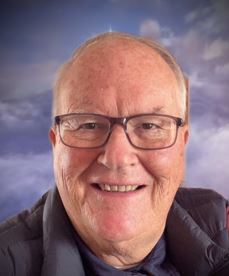 In my post as Headteacher of Gillshill from 1986-2001 I was also a governor. On retiring after 34 years of teaching, I was asked to remain as a Local Authority Governor. When Gillshill became part of the Horizon Academy Trust I was appointed for a further 4 years as a Governor for Gillshill Local Governing Body.

Following my retirement, it was natural that I wished to be part of the Gillshill “family” and so was very happy to accept the role of an LEA Governor. The school’s transition from LEA to being part of a Multi-Academy Trust (MAT) has not been without its challenges.

In addition, the roles and responsibilities of being a member of a school’s Local Governing Body are both stimulating and demanding in ensuring Gillshill maintains its “outstanding” Ofsted rating.

Structure and responsibilities of the governing body;

The governing body has a range of duties and powers and a general responsibility for the conduct of the school, with a view to promoting high standards of educational achievement. This includes, but is not limited to;

The Terms of Reference of the Governing Body can be found here.

The Scheme of Delegation for the Governing Body can be found here.

If you wish to contact the Chair of Governors you can do so by emailing Mr Lainchbury on his direct email address; elainchbury@gillshill.hull.sch.uk